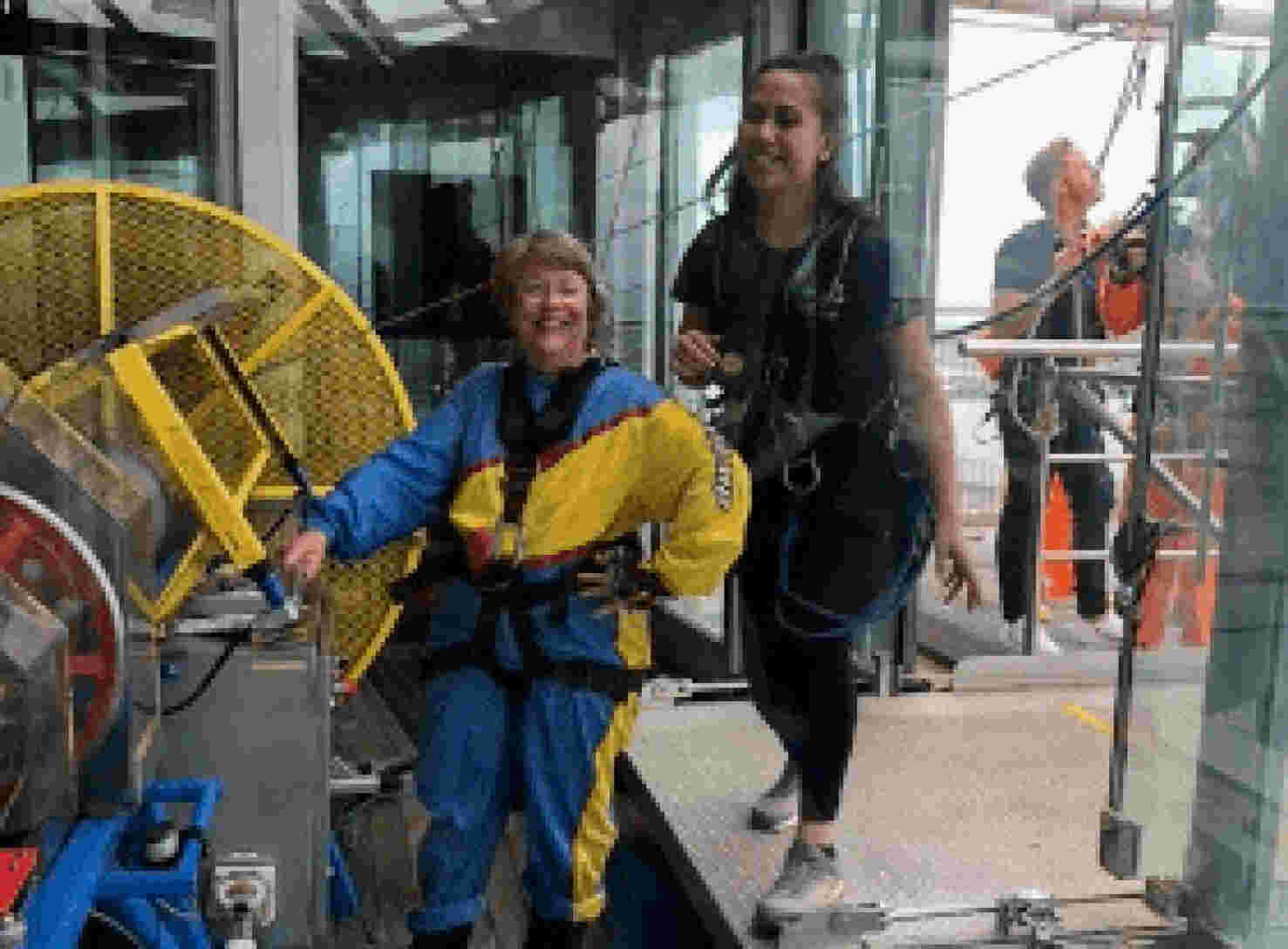 When Ranfurly Village resident Jackie Wilkinson received an email about a promotional advertisement to jump off New Zealand’s tallest building, she jumped at the opportunity – both figuratively and literally.

“The email said “get a free lunch, bragging rights and a $500 Prezzie card” – I thought a free lunch sounded great,” she laughs.

While the 192-metre jump off the side of Auckland’s Sky Towerhadn’t been on her bucketlist, Jackie has never been one to turn down a great opportunity.

About to walk out the door and head off on a trip to Wellington, it was now or never and she knew if she waited until after her trip, she wouldn’t do it. Whipping out her mobile phone, she made the application video for the promotion and sent it in. Five minutes later it was done and Jackie was on her way to Wellington.

“When an email came through to my phone saying, ‘we love your video’, I might have said a very rude word,” she laughs.

By this stage, Auckland was in lockdown and the excited – albeit nervous – Jackie had to play the waiting game. “A few weeks later when we went down to level 1, I got an email saying ‘Let’s do this’ and for the next three nights I couldn’t eat or sleep, I was so wound up!”

She was comforted by the knowledge she was able to pull out at any time. “But I had to decide if I would regret it if I pulled out because I was scared – I decided that yes I would, so I kept going.”

Located smack dab in the middle of Auckland’s Central Business District, the 328m highSky Tower is an icon of Auckland’s skyline and the adrenaline hub of the city.

Jackie was invited in ahead of the big jump to take a walk on the wild side, with the SkyWalk to familiarise herself with the tower and the team. With no handrails to separate you from the 192m drop, the AJ Hackett crew take you through some adrenaline-fuelled challenges designed to get your heart racing while you take in those epic 360-degree views of the City of Sails.

“It was so scary, but you are tethered within an inch of your life,” Jackie says.

“You walk right around the Sky Tower on a metal grid probably two metres wide, if that, with no handrails!”

It proved to be the preparation Jackie needed to face the big jump a few days later. “The experience settled me right down and I thought, I can do this!” after watching someone else do the big jump.

The SkyJump itself is the ultimate leap of faith, with nothing but a wire between you and the ground 192m down! It’s 11 seconds of pure adrenaline as you plunge 53 floors down at a speed of 85kph. “I screamed my head off, I actually hurt my throat,” Jackie laughs.

“When I stopped screaming, I really enjoyed it. I could definitely do it again, because it was very quick, very controlled. I’m pretty proud of myself.”

Jackie says despite concerns about an ageing body, there was absolutely no jolting on her body, she felt safe, comfortable and an incredible sense of accomplishment at touch down! “You realise you’re in very good hands; it’s very controlled and you simply glide in at the end. It was a real experience, everyone I dealt with was absolutely terrific and I’m so glad I did it.”

Fill out your details to receive more information about Ranfurly Village or to arrange a visit.